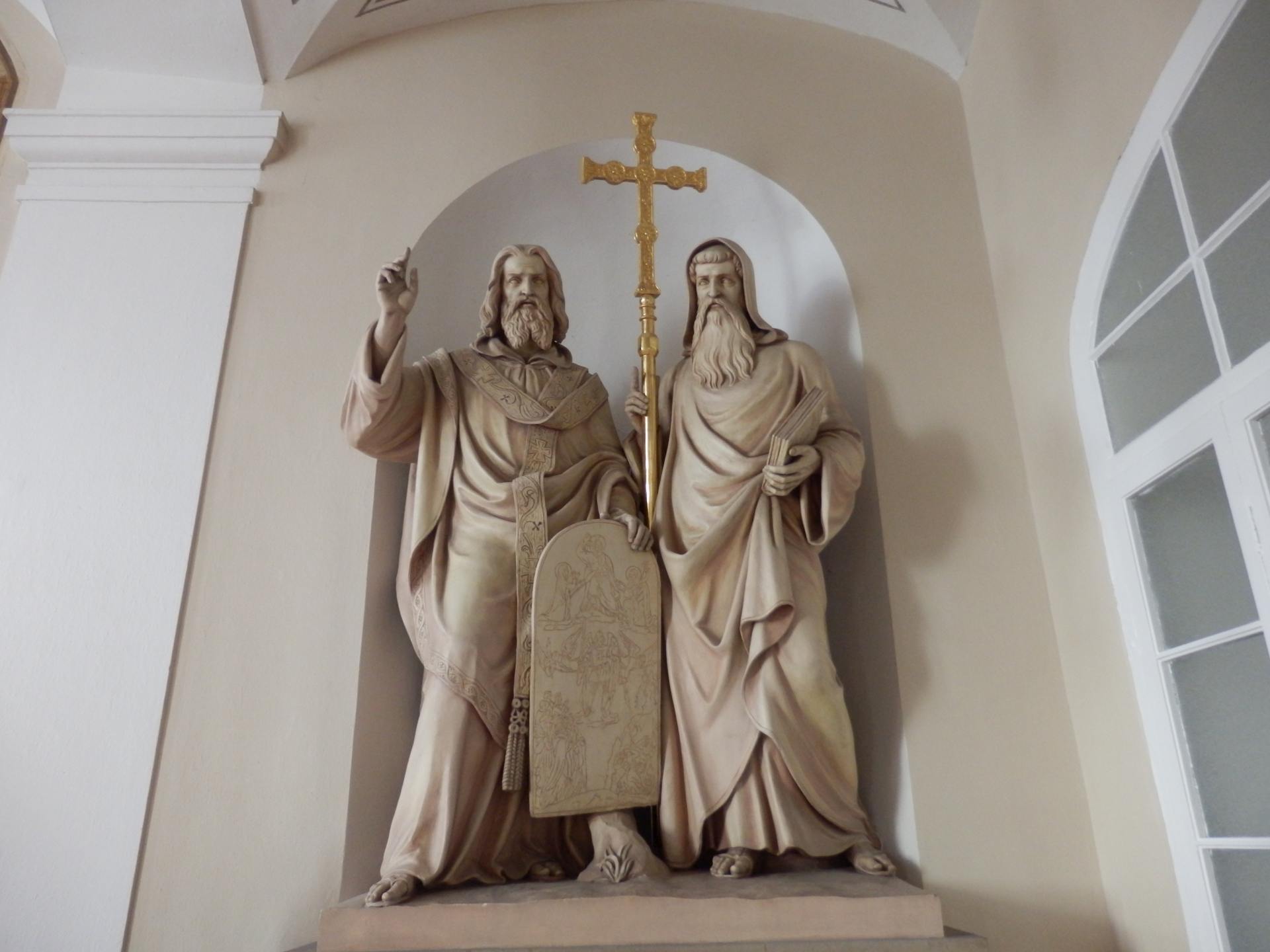 National saints connected with the beginnings of Christianity, culture, language, literature, and law in the territory of the current Czech Republic. Pope St. John Paul II declared them co-patrons of Europe in 1980. The importance of these brothers from Thessaloniki for our nation is commemorated every year in early July in Velehrad, during the “Days of People of Good Will”.

The dean of the chapter, who in 1767 housed the famous composer W. A. ​​Mozart in his residence, the former Deanery of the Chapter (today’s Archdiocesan Museum on Wenceslas Square). 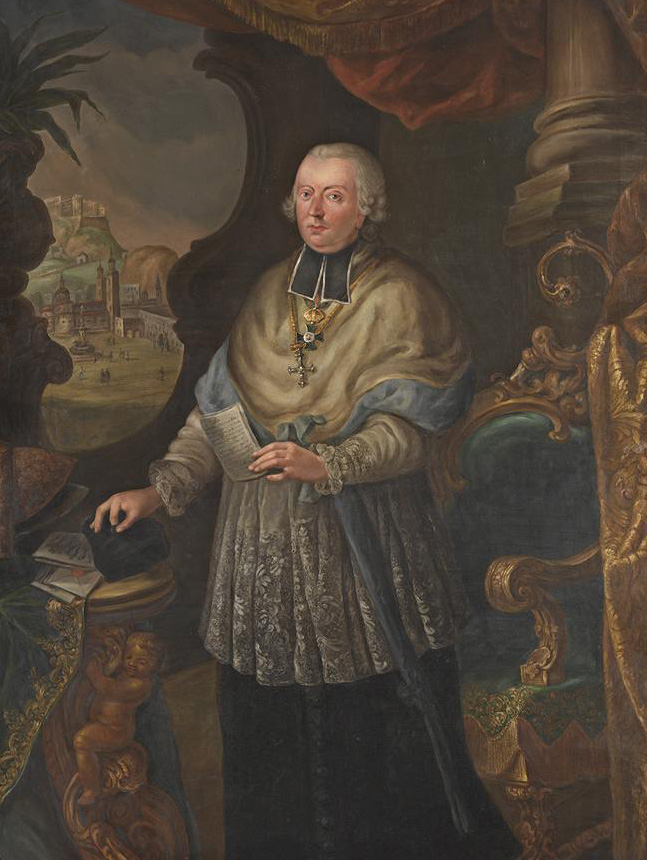 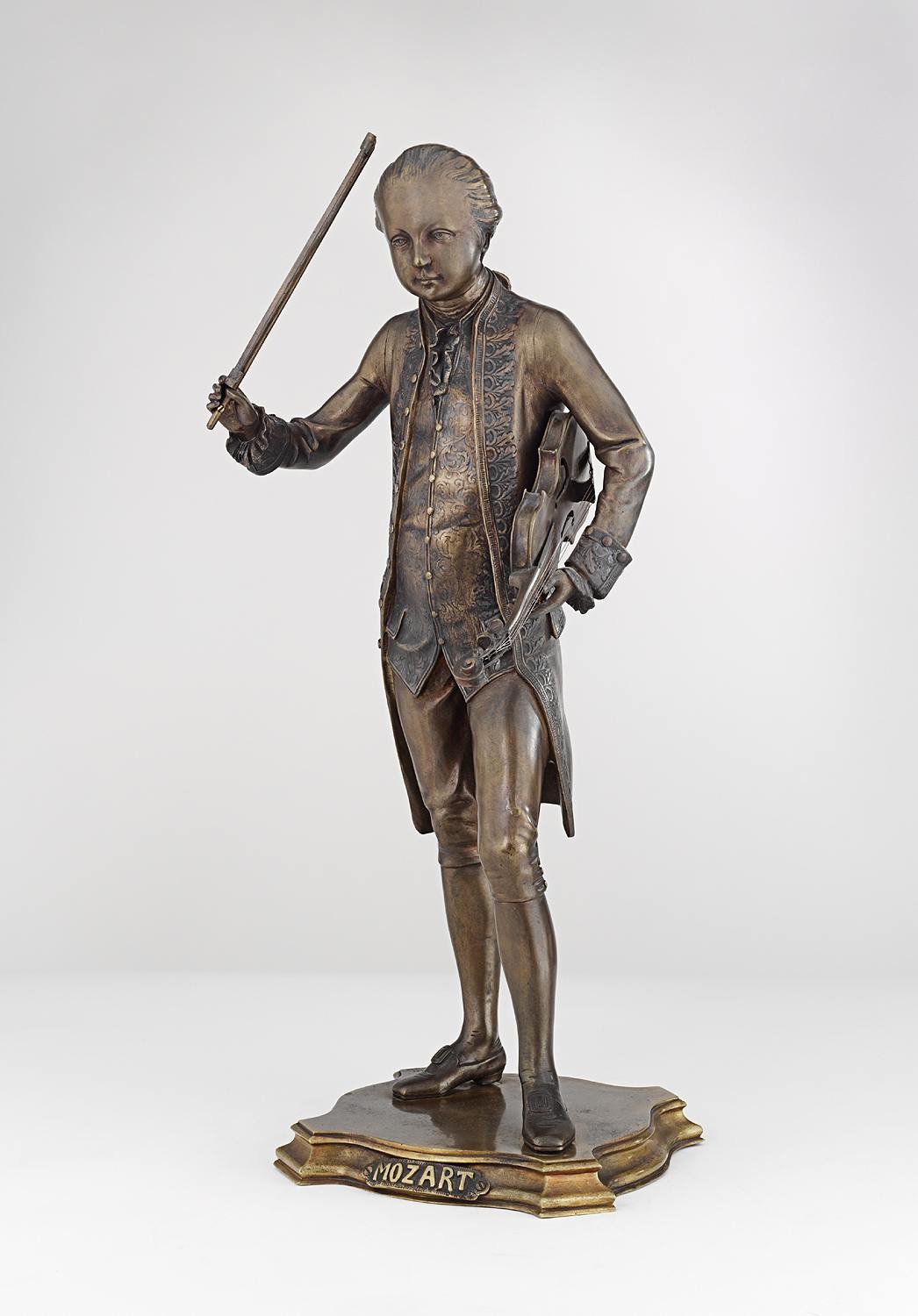 The brilliant composer W. A. ​​Mozart, aged 11 in that time, outlived the epidemic of smallpox in Olomouc; the disease broke out in Vienna in 1767. During his stay in Olomouc, Mozart finished the Symphony No. 6 in F major.

The Czech and Hungarian Queen and the Archduchess of Austria visited the city of Olomouc twice. In 1748, she and her husband Francis Stephen of Lorraine visited the Hradisko Monastery and the nearby place of pilgrimage Svatý Kopeček. In 1754, they took part in the solemn consecration of the Holy Trinity Column. Before their visit, Cardinal Troyer had the so-called “Imperial Hall” of the archbishop’s residence rebuilt. 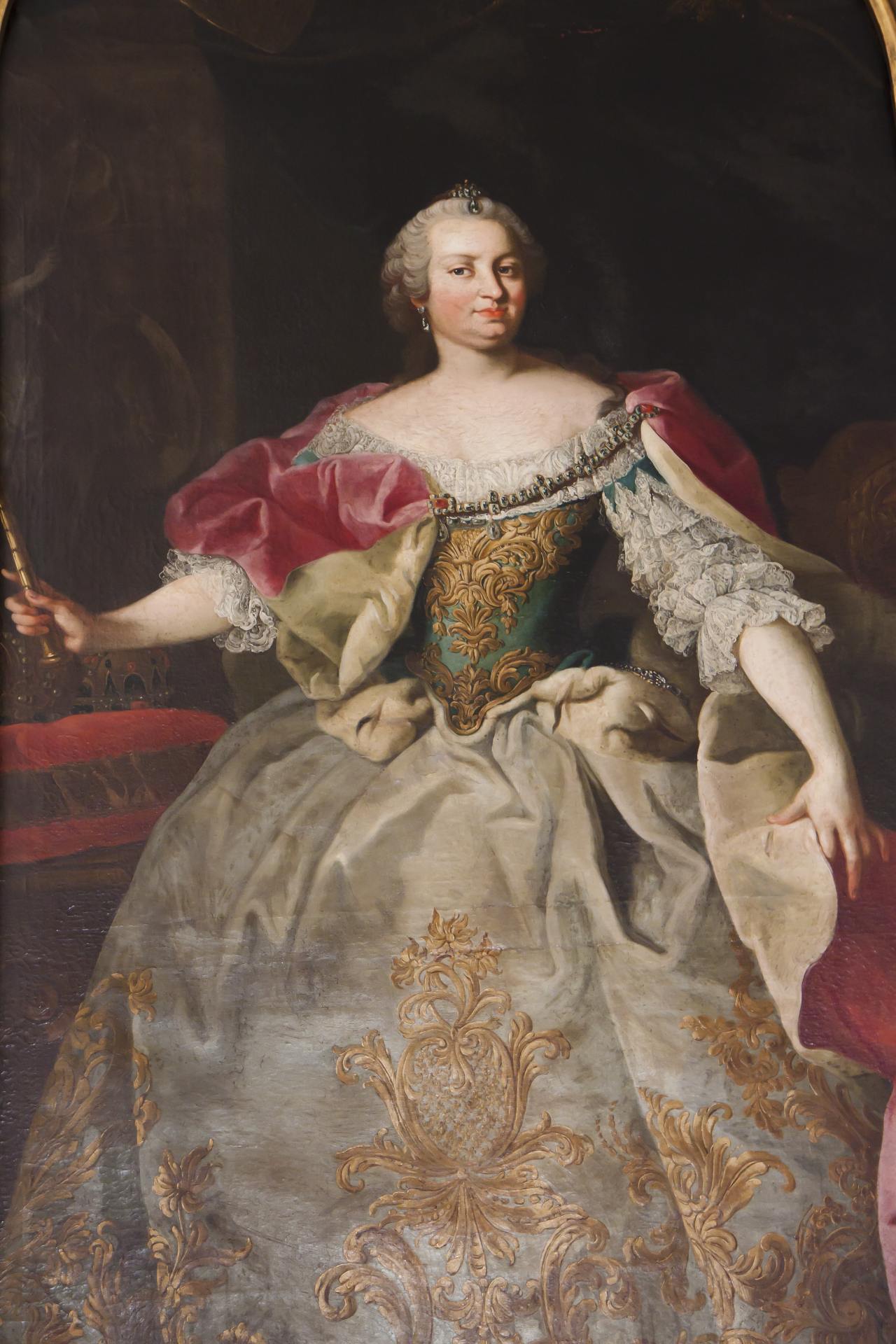 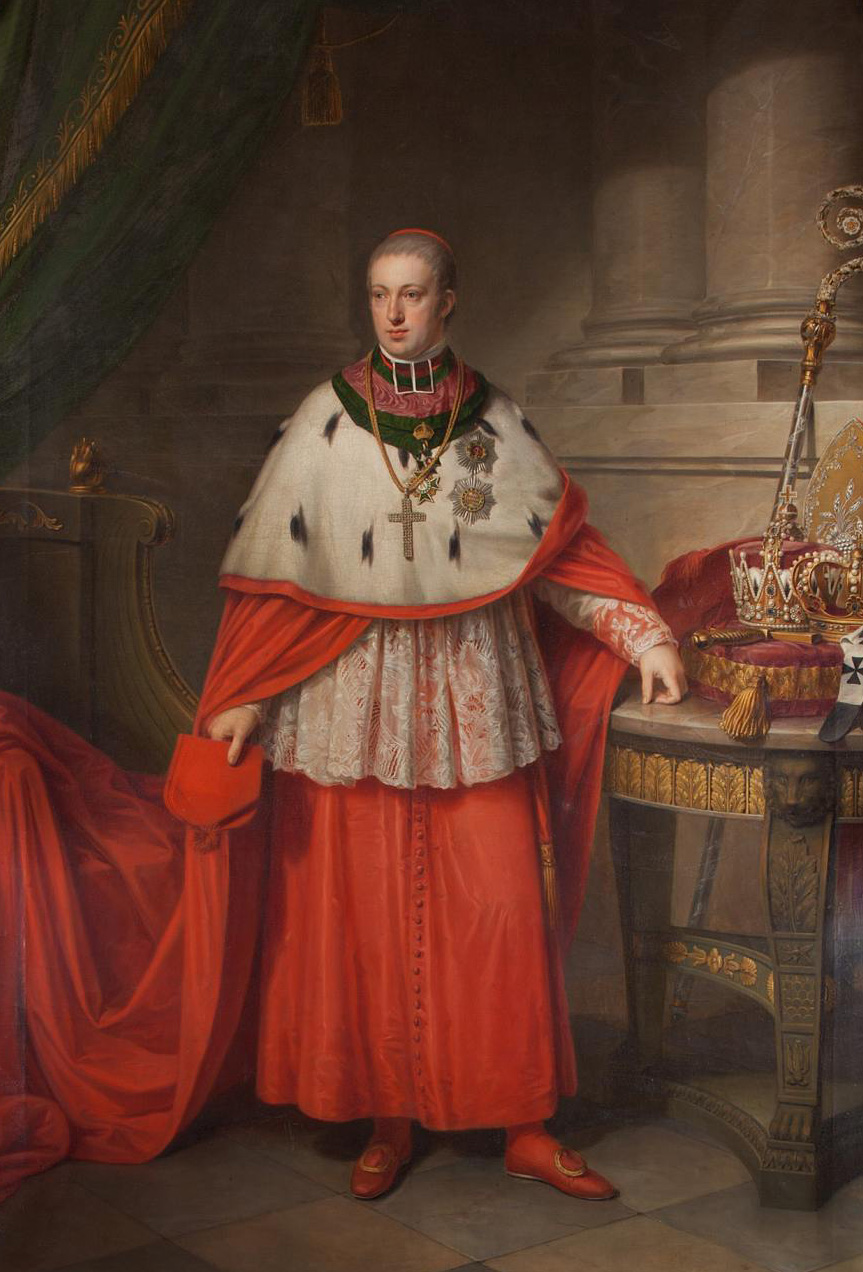 He advocated the return of the university to Olomouc at the Viennese imperial court in 1827 and initiated the planting of alleys that now form the basis of city parks and orchards. He helped in flourishing the theater and generously supported the construction of the municipal theater (1830, the current Moravian Theater). In 1828, he founded the Vítkovice Ironworks. He also organized weekly public concerts in his residence.

Archbishop Rudolph died in Baden and was buried in a Capuchin tomb in Vienna, but his heart was placed in the crypt of the cathedral of St. Wenceslas in Olomouc.

He taught music and composition to the archbishop of Olomouc Rudolph Johann of Habsburg, who then became the composer’s patron; Beethoven also started to compose the monumental work “Missa Solemnis” (No. 123) for the archiepiscopal enthronement of Rudolph Johann; however, the work was not finished until several years later. The so-called “Hammerklavier”, played by Rudolph Johann and probably also by his teacher Beethoven, has been preserved at the Olomouc archbishopric. 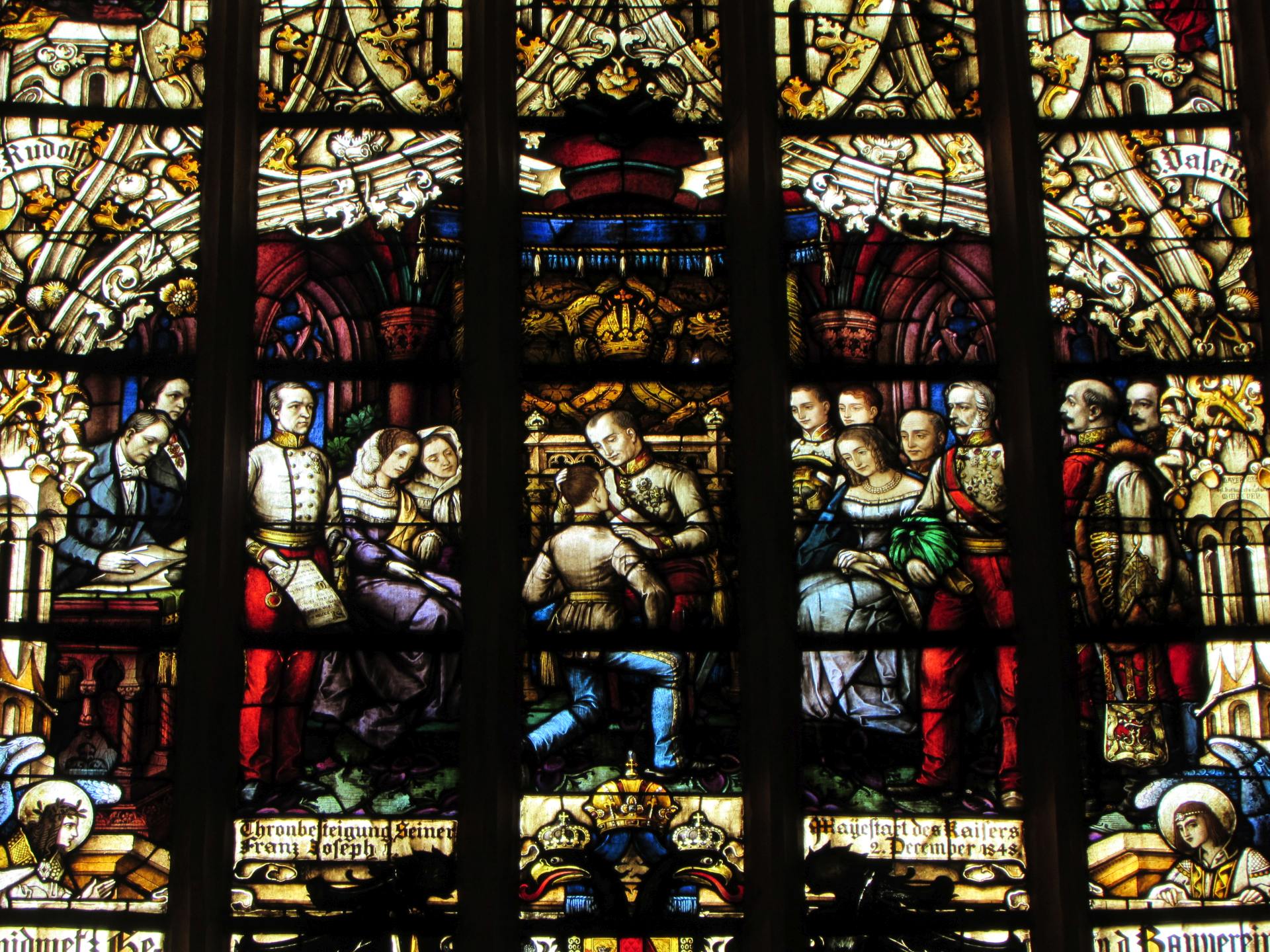 The last Czech crowned king stepped down from the throne in the Olomouc Archbishop’s Palace in the revolutionary year 1848.

The first Czechoslovak president visited the Archbishop’s Palace in Olomouc in 1921, being a guest of Archbishop Antonín Cyril Stojan. 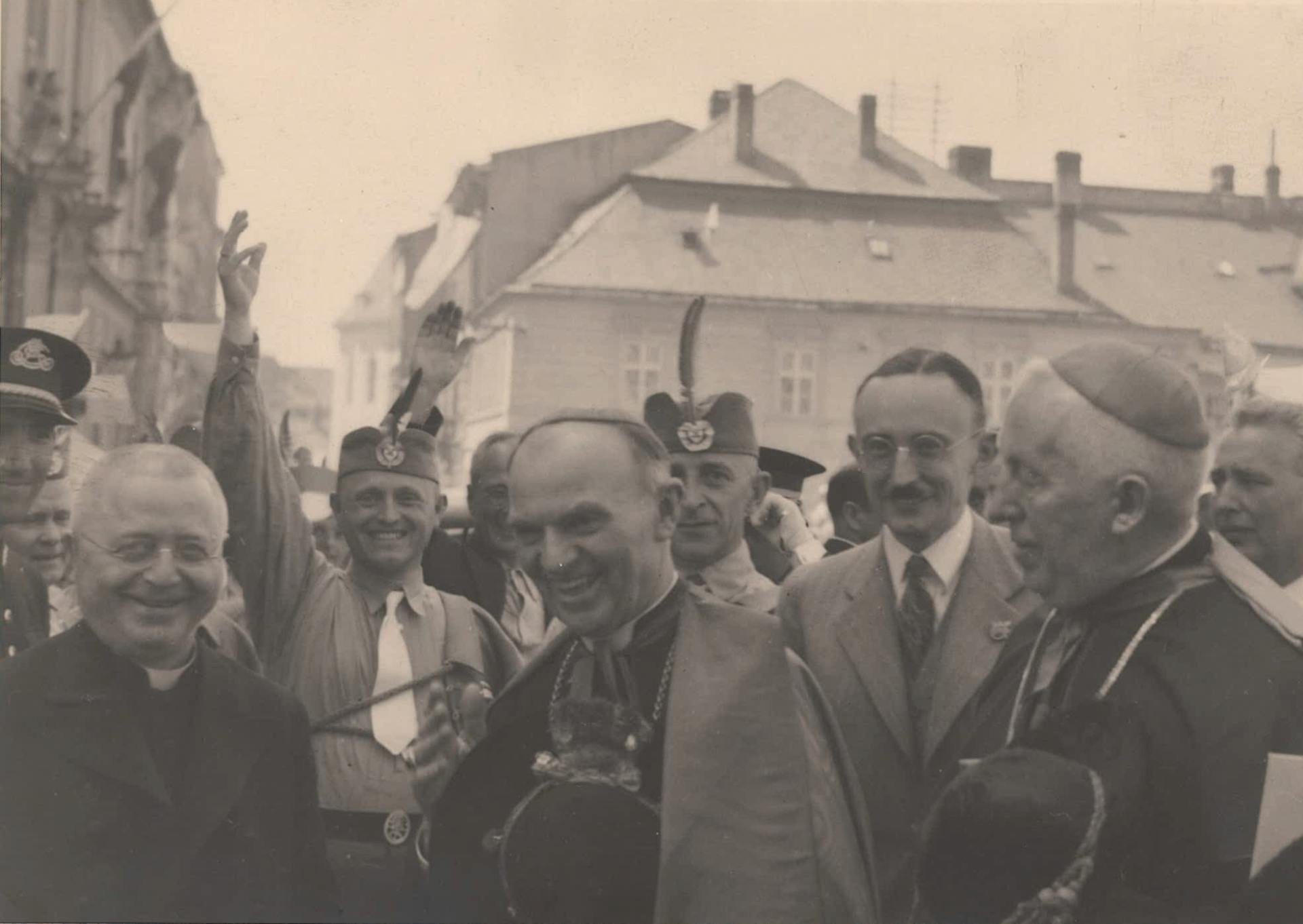 Pope Pius XI sent Verdier, the archbishop of Paris in 1929–1940, to the former Czechoslovakia as his direct representative (legate) for the First National Congress of Catholics, held in Prague in June 27–30, 1935.

After the congress, Cardinal Verdier visited Olomouc, where he was a guest of Leopold Prečan (archbishop in 1923–1947). He also visited the newly built church of Sts. Cyril and Methodius in Olomouc-Hejčín, the place of pilgrimage in Svatý Kopeček and the Olomouc cathedral. Later he visited also Kroměříž and two other places of pilgrimage, Svatý Hostýn and Velehrad.

The Czechoslovak president attended a reception in the archbishop’s residence in 1947 to celebrate the restoration of the University of Olomouc after World War II. 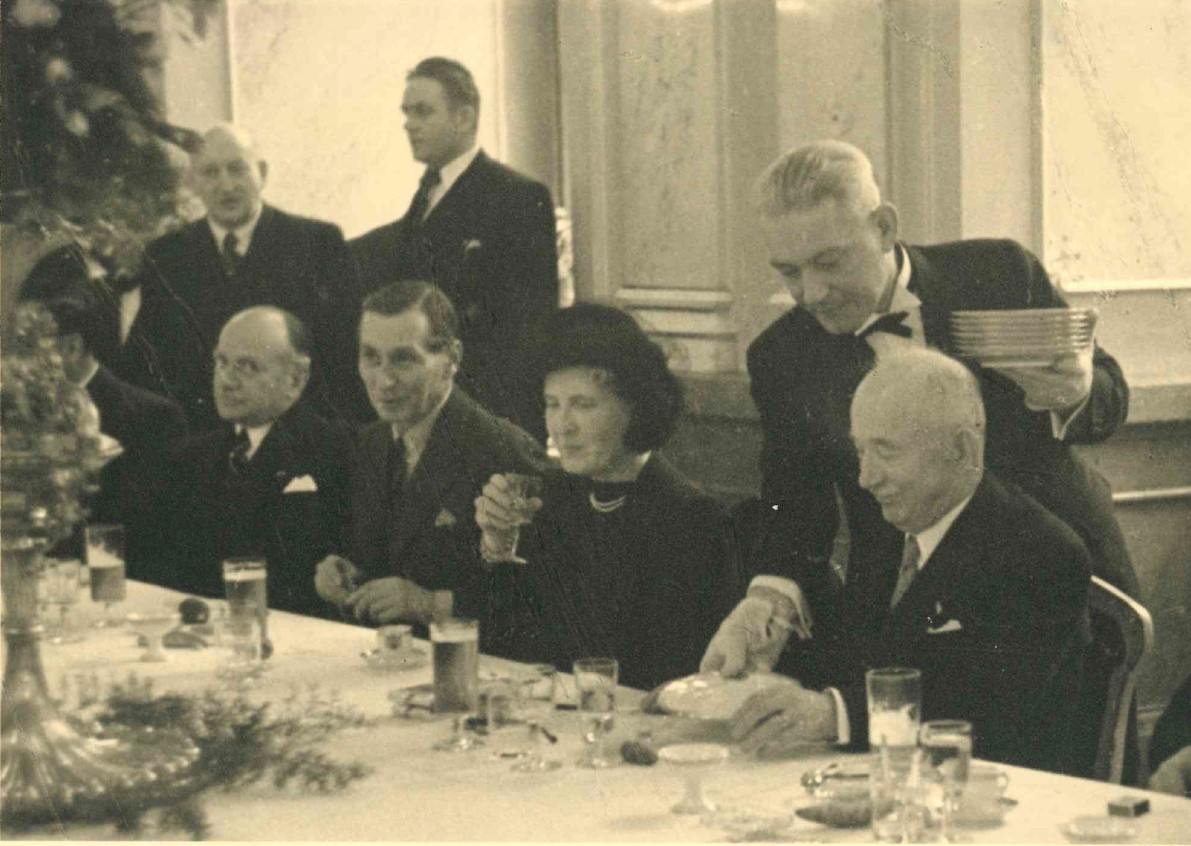 The dissident, playwright, last Czechoslovak president and first president of the Czech Republic visited the residence of the Olomouc archbishops in 1990, when he was awarded an honorary doctorate of the local university.

The Archbishop of Cracow Karol Wojtyła led the Catholic Church from 1979 to 2005. He contributed to the collapse of communist regimes in Central and Eastern Europe. In 1989 he canonized St. Agnes of Bohemia; he visited today’s Czech Republic three times. He spent the night in the archbishop’s residence in 1995, when he canonized Zdislava of Lemberk and the only saint coming from the Olomouc archdiocese, John Sarkander. 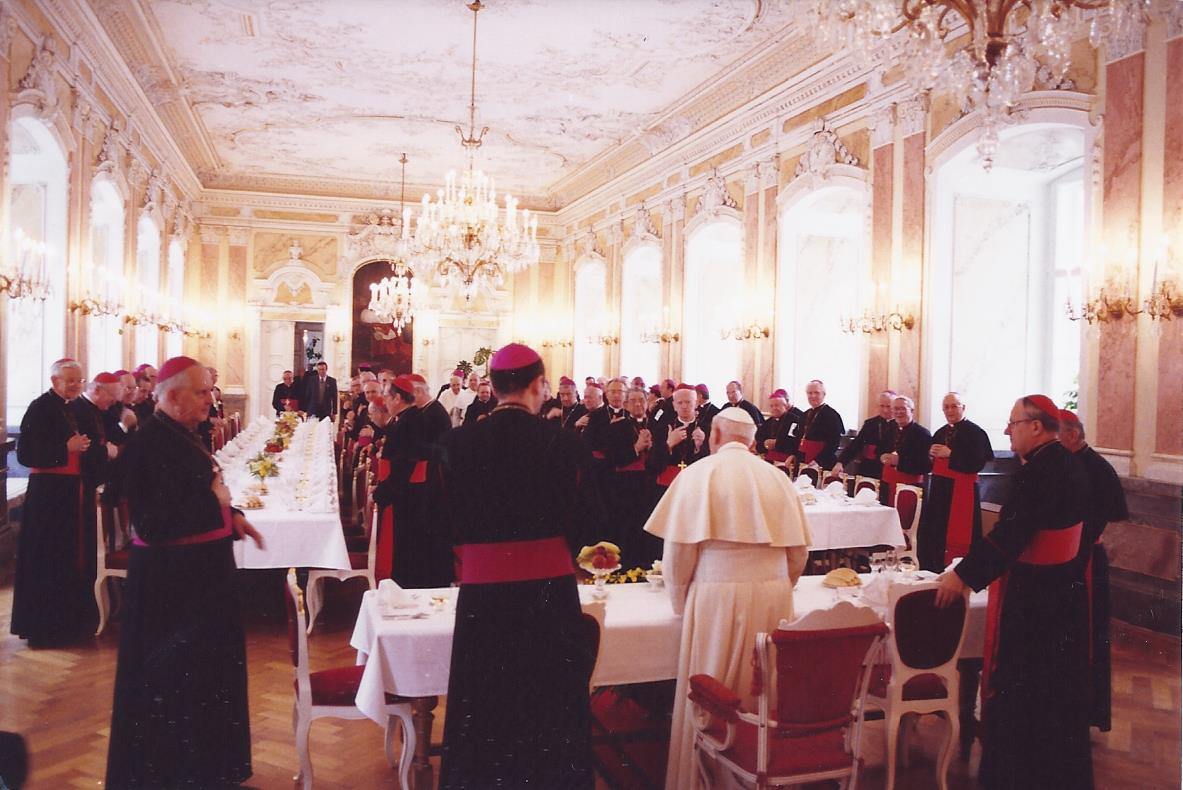 The Olomouc plasterer, sculptor, medalist, amateur theater actor, operator of Olomouc cinemas and restorer realized the new decoration of the Ceremonial Hall of the archbishop’s residence after the fire in early 20th century.

In the so-called “Imperial Hall” of the residence, the Austrian Emperor Francis II met with the Russian Tsar Alexander for consultations before the Battle of Austerlitz, where they both were defeated by the French army under the command of Napoleon Bonaparte. 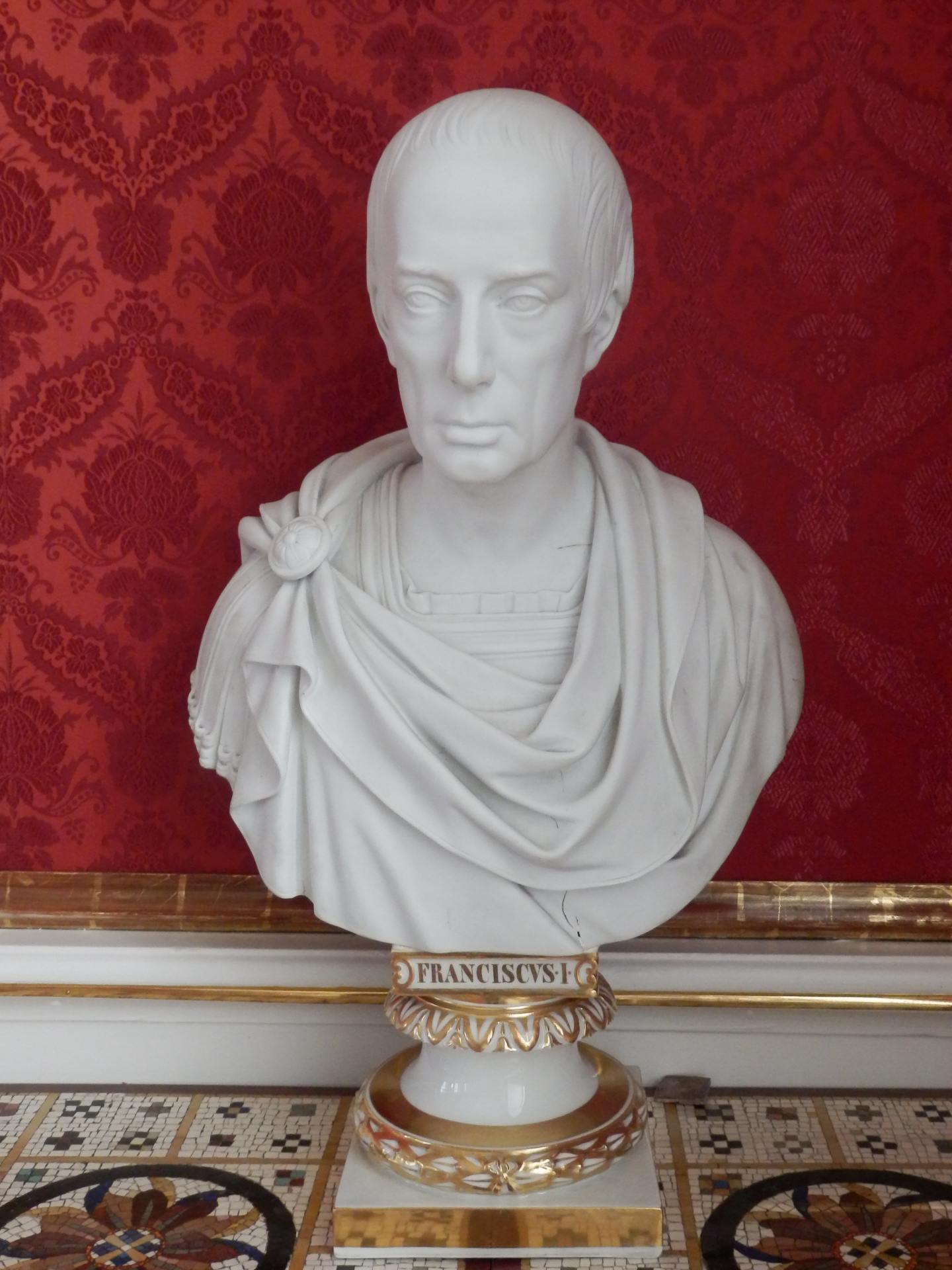 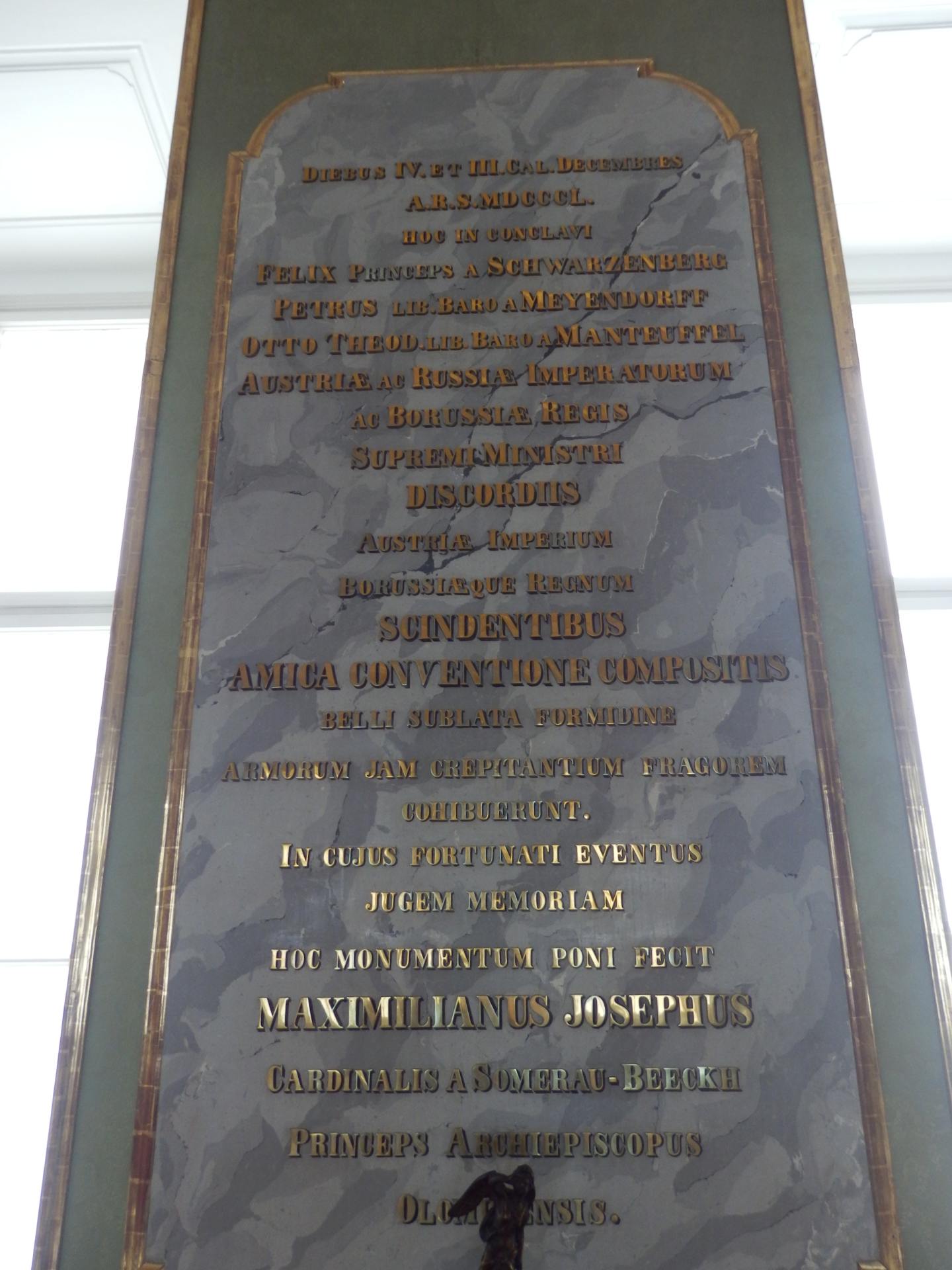 A peace agreement negotiated between Austria, Prussia and Russia in the Green Hall of the archbishop’s residence.

After the canonization mass, a ceremonial reception was held in the Archbishop’s Palace with the participation of Pope St. John Paul II.

St. John Sarkander is a martyr of the Seal of Confession. He studied in Olomouc, Prague and Graz; in 1609 he was ordained priest in Brno. During the hard times and religious disputes of the Thirty Years’ War, he was suspected after returning from a pilgrimage to Częstochowa that he had invited Polish army to Moravia. He was captivated and brought to Olomouc for interrogations in prison. In spite of cruel pains after torture, he did not stop praying and turned the pages of his prayer book with his tongue, as his dislocated arms could no longer do so. He died after torture on March 17, 1620 in the town prison, which was then rebuilt into the chapel of St. John Sarkander in 1672–1673. 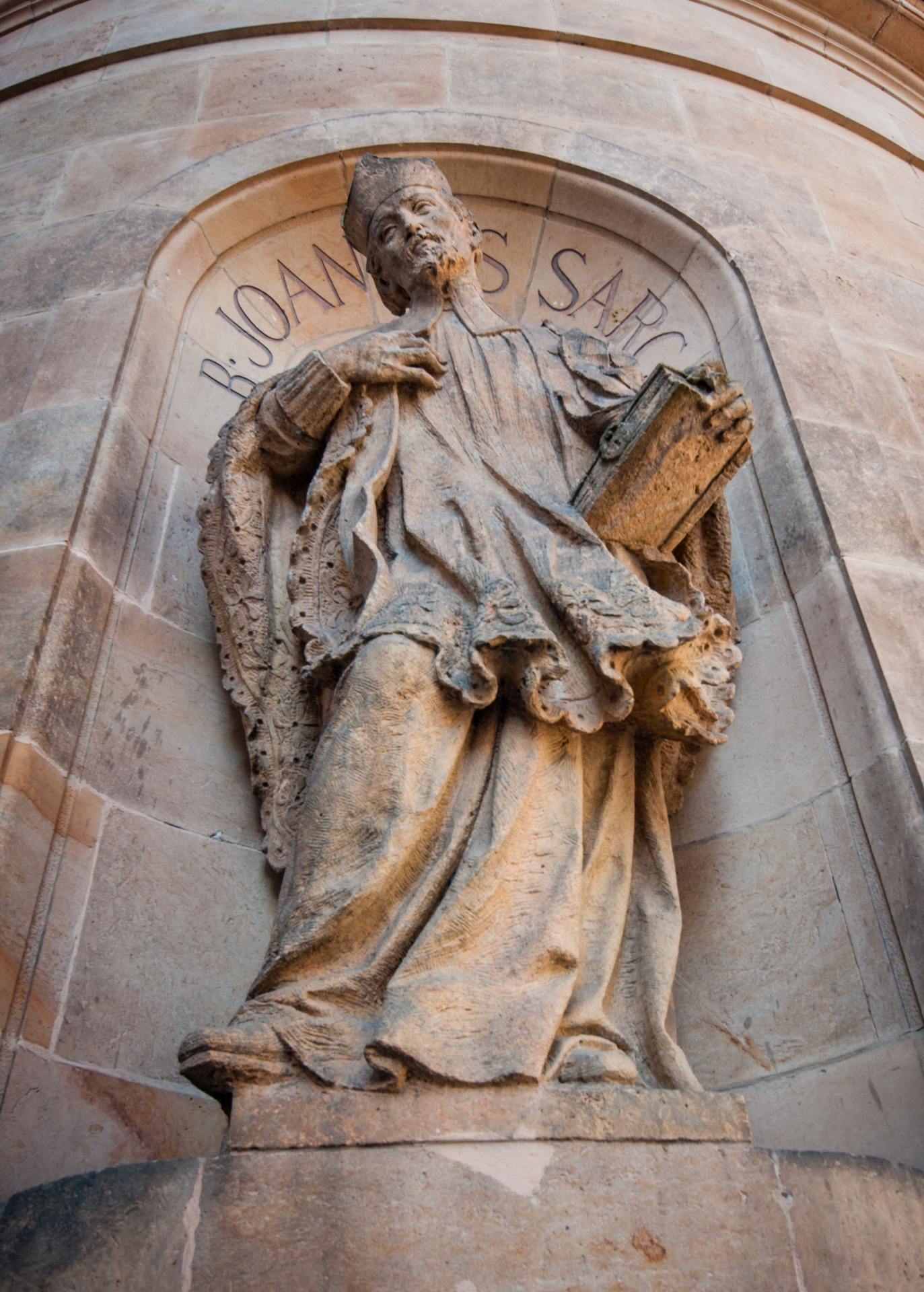